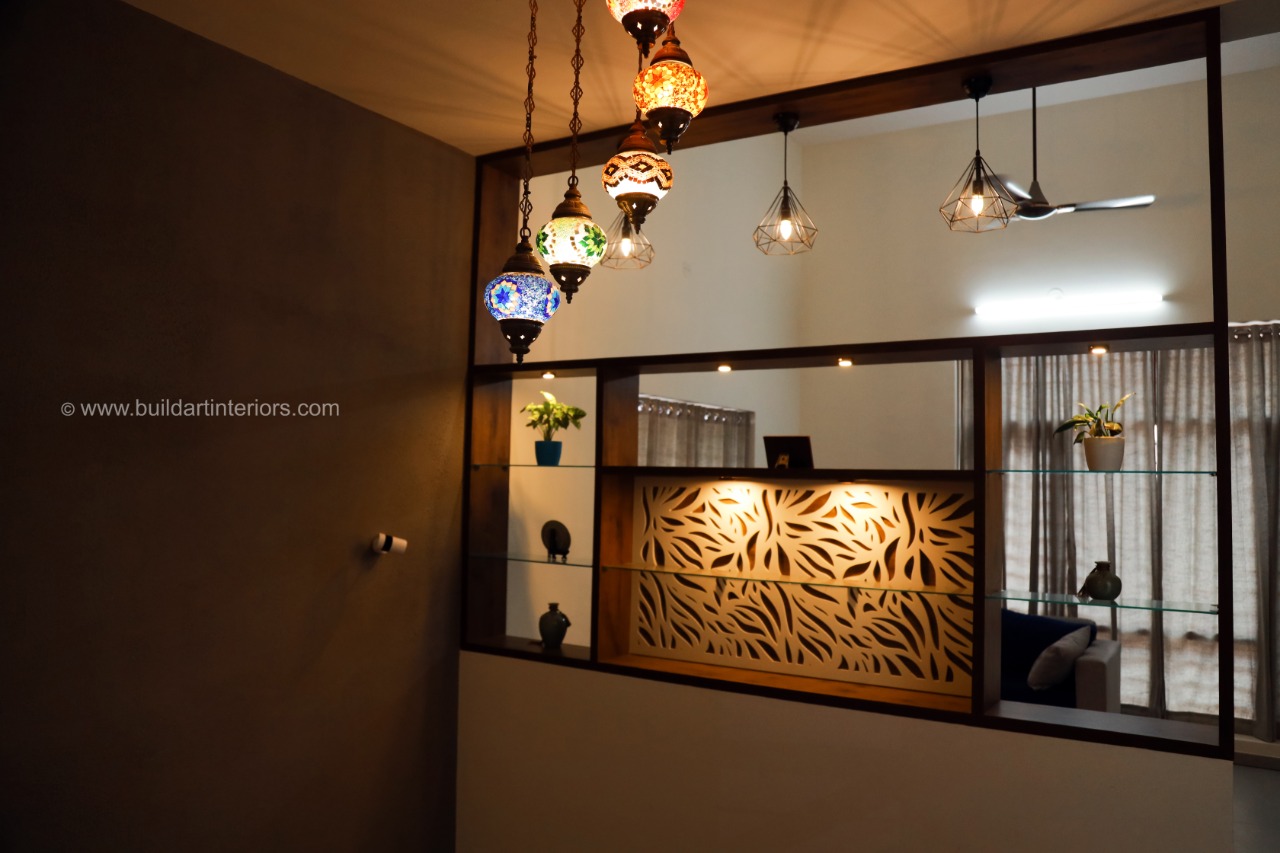 Colour with reference to light – a room in the right colour

In choosing colour for walls and ceilings, it is most necessary to consider the special laws which govern its application to house interiors.

The tint of any particular room should be chosen not only with reference to personal liking, but first of all, to the quantity and quality of light which pervades it. A north room will require warm and bright treatment, warm reds and golden browns, or pure gold colours. Gold-colour used in sash curtains will give an effect of perfect sunshine in a dark and shadowy room, but the same treatment in a room fronting the south would produce an almost insupportable brightness.

I will illustrate the modifications made necessary in tint by different exposure to light, by supposing that some one member of the family prefers yellow to all other colours, one who has enough of the chameleon in her nature to feel an instinct to bask in sunshine. I will also suppose that the room most conveniently devoted to the occupation of this member has a southern exposure. If yellow must be used in her room, the quality of it should be very different from that which could be properly and profitably used in a room with a northern exposure, and it should differ not only in intensity, but actually in tint. If it is necessary, on account of personal preference, to use yellow in a sunny room, it should be lemon, instead of ochre or gold-coloured yellow, because the latter would repeat sunlight. There are certain shades of yellow, where white has been largely used in the mixture, which are capable of greenish reflections. This is where the white is of so pure a quality as to suggest blue, and consequently under the influence of yellow to suggest green. We often find yellow dyes in silks the shadows of which are positive fawn colour or even green, instead of orange as we might expect; still, even with modifications, yellow should properly be reserved for sunless rooms, where it acts the part almost of the blessed sun itself in giving cheerfulness and light. Going from a sun-lighted atmosphere, or out of actual sunlight into a yellow room, one would miss the sense of shelter which is so grateful to eyes and senses a little dazzled by the brilliance of out-of-door lights; whereas a room darkened or shaded by a piazza, or somewhat chilled by a northern exposure and want of sun, would be warmed and comforted by tints of gold-coloured yellow.

Interiors with a southern exposure should be treated with cool, light colours, blues in various shades, water-greens, and silvery tones which will contrast with the positive yellow of sunlight.

It is by no means a merely arbitrary rule. Colours are actually warm or cold in temperature, as well as in effect upon the eye or the imagination, in fact the words cover a long-tested fact. I remember being told by a painter of his placing a red sunset landscape upon the flat roof of a studio building to dry, and on going to it a few hours afterward he found the surface of it so warm to the touch—so sensibly warmer than the gray and blue and green pictures around it—that he brought a thermometer to test it, and found it had acquired and retained heat. It was actually warmer by degrees than the gray and blue pictures in the same sun exposure.

We instinctively wear warm colours in winter and dispense with them in summer, and this simple fact may explain the art which allots what we call warm colour to rooms without sun. When we say warm colours, we mean yellows, reds with all their gradations, gold or sun browns, and dark browns and black. When we say cool colours—whites, blues, grays, and cold greens—for greens may be warm or cold, according to their composition or intensity. A water-green is a cold colour, so is a pure emerald green, so also a blue-green; while an olive, or a gold-green comes into the category of warm colours. This is because it is a composite colour made of a union of warm and cold colours; the brown and yellow in its composition being in excess of the blue; as pink also, which is a mixture of red and white; and lavender, which is a mixture of red, white, and blue, stand as intermediate between two extremes.

Having duly considered the effect of light upon colour, we may fearlessly choose tints for every room according to personal preferences or tastes. If we like one warm colour better than another, there is no reason why that one should not predominate in every room in the house which has a shadow exposure. If we like a cold colour it should be used in many of the sunny rooms.

I believe we do not give enough importance to this matter of personal liking in tints. We select our friends from sympathy. As a rule, we do not philosophise much about it, although we may recognise certain principles in our liking; it is those to whom our hearts naturally open that we invite in and have joy in their companionship, and we might surely follow our likings in the matter of colour, as well as in friendship, and thereby add much to our happiness. Curiously enough we often speak of the colour of a mind—and I once knew a child who persisted in calling people by the names of colours; not the colour of their clothes, but some mind-tint which he felt. “The blue lady” was his especial favourite, and I have no doubt the presence or absence of that particular colour made a difference in his content all the days of his life.

The colour one likes is better for tranquillity and enjoyment—more conducive to health; and exercises an actual living influence upon moods. For this reason, if no other, the colour of a room should never be arbitrarily prescribed or settled for the one who is to be its occupant. It should be as much a matter of nature as the lining of a shell is to the mussel, or as the colour of the wings of a butterfly.

In fact the mind which we cannot see may have a colour of its own, and it is natural that it should choose to dwell within its own influence.

We do not know why we like certain colours, but we do, and let that suffice, and let us live with them, as gratefully as we should for more explainable ministry.

If colours which we like have a soothing effect upon us, those which we do not like are, on the other hand, an unwelcome influence. If a woman says in her heart, I hate green, or red, or I dislike any one colour, and then is obliged to live in its neighbourhood, she will find herself dwelling with an enemy. We all know that there are colours of which a little is enjoyable when a mass would be unendurable. Predominant scarlet would be like close companionship with a brass band, but a note of scarlet is one of the most valuable of sensations. The gray compounded of black and white would be a wet blanket to all bubble of wit or spring of fancy, but the shadows of rose colour are gray, pink-tinted it is true; indeed the shadow of pink used to be known by the name of ashes of roses. I remember seeing once in Paris—that home of bad general decoration—a room in royal purples; purple velvet on walls, furniture, and hangings. One golden Rembrandt in the middle of a long wall, and a great expanse of ochre-coloured parquetted floor were all that saved it from the suggestion of a royal tomb. As it was, I left the apartment with a feeling of treading softly as when we pass through a door hung with crape. Vagaries of this kind are remediable when they occur in cravats, or bonnets, or gloves—but a room in the wrong colour! Saints and the angels preserve us!