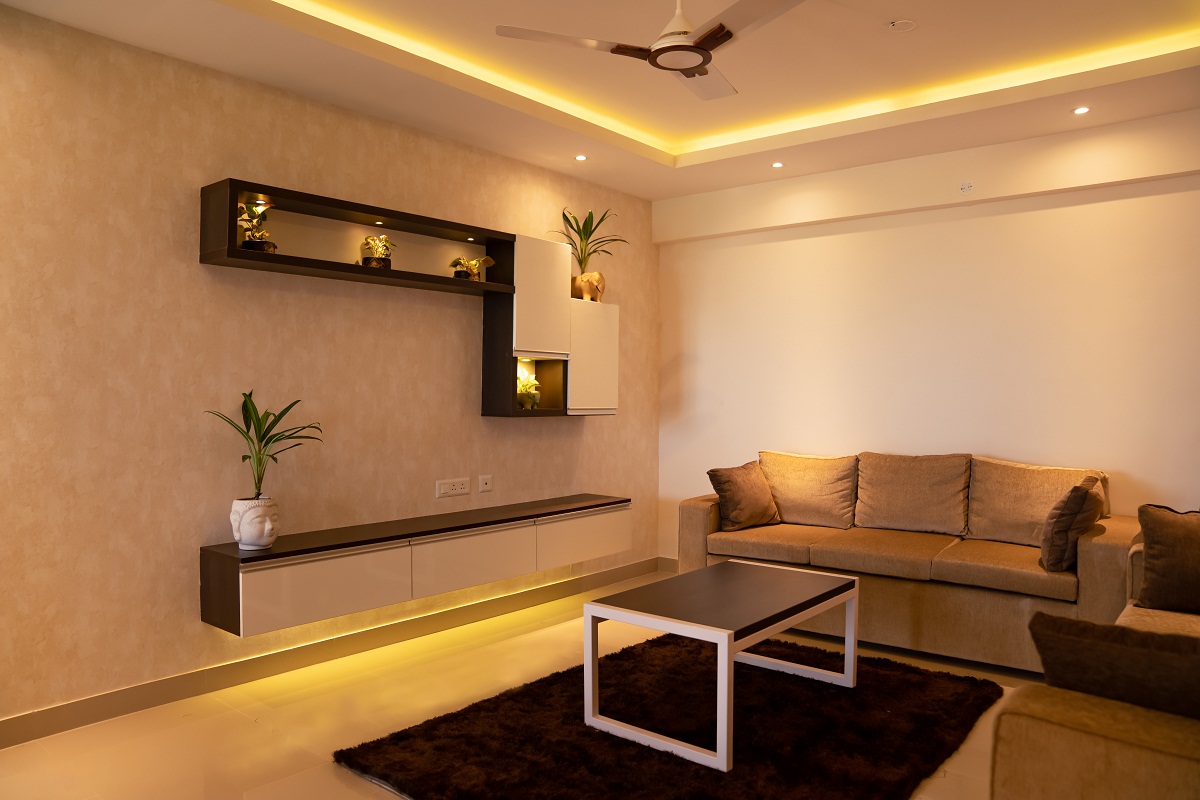 Although the very existence of a house is a matter of construction, its general interior effect is almost entirely the result of colour treatment and careful and cultivated selection of accessories.

Colour in the house includes much that means furniture, in the way of carpets, draperies, and all the modern conveniences of civilization, but as it precedes and dictates the variety of all these things from the authoritative standpoint of wall treatment, it is well to study its laws and try to reap the full benefit of its influence.

As far as effect is concerned, the colour of a room creates its atmosphere. It may be cheerful or sad, cosy or repellent according to its quality or force. Without colour it is only a bare canvas, which might, but does not picture our lives.

We understand many of the properties of colour, and have unconsciously learned some of its laws;—but what may be called the science of colour has never been formulated. So far as we understand it, its principles correspond curiously to those of melodious sound. It is as impossible to produce the best effect from one tone or colour, as to make a melody upon one note of the harmonic scale; it is skillful variation of tone, the gradation or even judicious opposition of tint which gives exquisite satisfaction to the eye. In music, sequence produces this effect upon the ear, and in colour, juxtaposition and gradation upon the eye. Notes follow notes in melody as shade follows shade in colour. We find no need of even different names for the qualities peculiar to the two; scale—notes—tones—harmonies—the words express effects common to colour as well as to music, but colour has this advantage, that its harmonies can be fixed, they do not die with the passing moment; once expressed they remain as a constant and ever-present delight.

Notes of the sound-octave have been gathered by the musicians from widely different substances, and carefully linked in order and sequence to make a harmonious scale which may be learned; but the painter, conscious of colour-harmonies, has as yet no written law by which he can produce them.

The “born colourist” is one who without special training, or perhaps in spite of it, can unerringly combine or oppose tints into compositions which charm the eye and satisfy the sense. Even among painters it is by no means a common gift. It is almost more rare to find a picture distinguished for its harmony and beauty of colour, than to see a room in which nothing jars and everything works together for beauty. It seems strange that this should be a rarer personal gift than the musical sense, since nature apparently is far more lavish of her lessons for the eye than for the ear; and it is curious that colour, which at first sight seems a more apparent and simple fact than music, has not yet been written. Undoubtedly there is a colour scale, which has its sharps and flats, its high notes and low notes, its chords and discords, and it is not impossible that in the future science may make it a means of regulated and written harmonies:—that some master colourist who has mechanical and inventive genius as well, may so arrange them that they can be played by rule; that colour may have its Mozart or Beethoven—its classic melodies, its familiar tunes. The musician, as I have said—has gathered his tones from every audible thing in nature—and fitted and assorted and built them into a science; and why should not some painter who is also a scientist take the many variations of colour which lie open to his sight, and range and fit and combine, and write the formula, so that a child may read it?

We already know enough to be very sure that the art is founded upon laws, although they are not thoroughly understood. Principles of masses, spaces, and gradations underlie all accidental harmonies of colour;—just as in music, the simple, strong, under-chords of the bass must be the ground for all the changes and trippings of the upper melodies.

It is easy, if one studies the subject, to see how the very likeness of these two esthetic forces illustrate the laws of each,—in the principles of relation, gradation, and scale.

Until very recently the relation of colour to the beauty of a house interior was quite unrecognised. If it existed in any degree of perfection it was an accident, a result of the softening and beautifying effect of time, or of harmonious human living. Where it existed, it was felt as a mysterious charm belonging to the home; something which pervaded it, but had no separate being; an attractive ghost which attached itself to certain houses, followed certain people, came by chance, and was a mystery which no one understood, but every one acknowledged. Now we know that this something which distinguished particular rooms, and made beautiful particular houses, was a definite result of laws of colour accidentally applied.

To avail ourselves of this influence upon the moods and experiences of life is to use a power positive in its effects as any spiritual or intellectual influence. It gives the kind of joy we find in nature, in the golden-green of light under tree-branches, or the mingled green and gray of tree and rock shadows, or the pearl and rose of sunrise and sunset. We call the deep content which results from such surroundings the influence of nature, and forget to name the less spiritual, the more human condition of well-being which comes to us in our homes from being surrounded with something which in a degree atones for lack of nature’s beauty.

It is a different well-being, and lacks the full tide of electric enjoyment which comes from living for the hour under the sky and in the breadths of space, but it atones by substituting something of our own invention, which surprises us by its compensations, and confounds us by its power.